WHICH UNLIMITED DATA PLAN IS BEST? 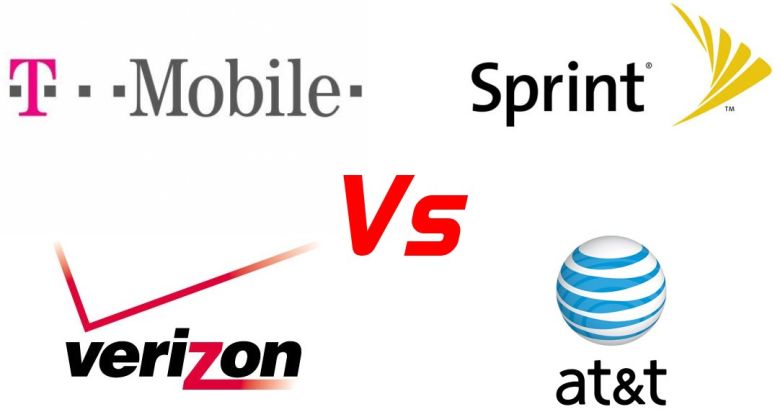 It’s an interesting moment for wireless carriers. For the first time in years, unlimited data plans are available on all four major U.S. carriers (T-Mobile, Sprint, Verizon, AT&T), and provide shoppers with a lot of choices. Lead by T-Mobile, many of the new plans include new perks, like international roaming or access to streaming content gratis.
But that newfound freedom comes with a bevy of gotchas. For instance, an unlimited plan might get significantly throttled tethering speeds or downgraded streaming video when trying to watch Netflix. As always, carriers are happy to upsell customers plans with slightly better features, but every plan has its unique pitfalls.
AT&T changed the cost of its single-line, unlimited data plans today by simultaneously raising and lowering prices for new customers, according to Ars Technica. The telecom’s Unlimited Choice plan is going up to $65 from $60, and its Unlimited Plus Enhanced plan is dropping to $80 from $90. Family plan prices went up $5. Both plans have existed for nearly a year now, and the pricing adjustment comes with some changes to service.

The Verizon BeyondUnlimited plan offers video streaming up to 720p resolution, but you can go up to 1080p if you pay an additional $10 a month. It also provides 15 GB of 4G LTE mobile hotspot speed use on each line, but those speeds will go down to 600kbps if you exceed the cap before the end of the month. Finally, the BeyondUnlimited plan offers customers unlimited calls and texts from the US to numbers in Mexico and Canada. If you are vacationing in Mexico and Canada and are under Verizon’s plan, you also get access to 512 MB of free 4G LTE data roaming in those countries per day. Once you exceed that cap, your data goes down to 2G speeds.
Of all the carriers on this list, T-Mobile perhaps generates the most hype and promotion for its sometimes disruptive attempts to beat out the Big Two (Verizon and AT&T) with better plans. Indeed, T-Mobile (Big Magenta?), along with Sprint, continued to offer unlimited data plans to their new customers, while AT&T and Verizon pulled their plans until earlier this year.
Technically, all of the best cell phone plans from T-Mobile are “unlimited” plans; it does not offer any plans with data caps. However, among its unlimited plans, there’s one that we think is the best you can get. The T-Mobile One Plus unlimited plan costs $80 a month for a single line, $60 a month each for two lines, $47 a month each for three lines, $50 a month each for four lines and $35 a month for each additional line.
Sprint may not be merging with T-Mobile anytime soon, but the nation’s fourth-largest carrier is trying its best to keep up with its competition. Among its best cell phone plans, the Unlimited Freedom plan is the one we would recommend. Currently, the carrier is running a promotion where the plan costs $60 each month for one line, with a maximum of five lines going for $100 each month until January 31, 2019. After that date, the plan charges $60 for one line, $40 for the second, and $30 each month for lines three through five.

In addition to unlimited data and talk and texting in the US, the Sprint Unlimited Freedom Plan offers support for streaming video at up to 1080p resolution, along with streaming music at up to 1.5 Mbps and streaming data for games at up to 8 Mbps. Each line on the plan can also offer 10 GB of 4G LTE mobile hotspot downloads. If you reach that limit before the billing month closes, mobile hotspot streaming goes back down to 2G speeds. Finally, Sprint is giving people who sign up for Unlimited Freedom free access to the Hulu video streaming service for a limited time. New and current Hulu subscribers can get the standard Hulu Limited Commercials tier for free, which usually costs $7.99 a month.